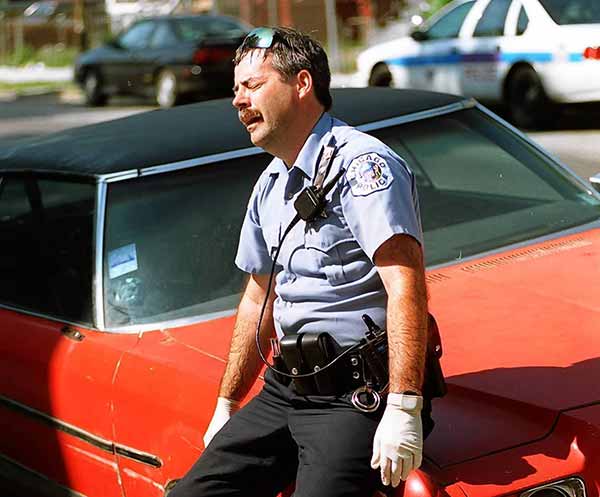 Around this time every year, we usually partake in heatwave. While this time around, we’re not looking at a 1995 repeat, it will get toasty for the next few days.

Temperatures Thursday are expected to reach the low to mid-90s and the high 90s on Friday, with humidity levels creating a heat index that feels more like 100 to 110 degrees, according to Kevin Donofrio, meteorologist with the National Weather Service.

The heat wave will continue through the weekend, with temperatures only a few digits lower during the day Saturday and Sunday and remaining in the mid-70s and even low 80s overnight, Donofrio said. Temperatures are expected to drop early next week.

The last time the Chicago area had a heat wave of this length was July 2013.”

Like we’ve stated in the past, extreme heat acts much like extreme cold – people tend to stay indoors and therefore (usually) out of the line of fire, but once the sun goes down, the hot sun is replaced by hot lead.

During the 2013 heatwave, 4 were killed and another 16 were shot and wounded. All but two occurred after sunset. Given this year’s 1990s-like pace, we’re don’t foresee a slow down, just less while the sun is out and more when it’s not.

Photo courtesy of the Chicago Tribune.